There are an enormous amount of bee varieties worldwide, with one such variety of bee classified as “long-tongued” (in comparison to the “short-tongued bee”). All bees share a common ancestor, however – this is the reason for their classification into “clades”, which are taxonomic groupings based on sharing a common ancestor. In the case of bees, the clade is “Anthophila”, meaning “lover of blooms”.

There are many varieties of long-tongued bees worldwide that are known to scientists. Generally speaking, the long-tongued bees from Anthophila are classed within the families Apidae & Megachilidae. The Apidae family consists of well-known members including honey bees, cuckoo bees, carpenter bees, bumblebees, stingless bees, orchid bees and digger bees, while Megachilidae consists of mason bees and leafcutter bees. Australia has its own native bee, the Stenotritidae, or large Australian bee.

Much like other bees, long-tongued bees tend to live in hives under a traditional bee hierarchal structure (containing one queen, many drones and many workers). However, some species of long-tongued bees are also socially isolated, living on their own throughout their lifespan. Long-tongued bees are generally known as valuable pollinators of the agricultural system – that is to say, they transfer pollen from plant to plant, allowing for fertilisation of flowers and trees. They are also well-known for transferring pollen into beehives, whereby honey can be produced through the digestion of pollen.

Bees have been affected by outside interference quite drastically, leading to massive declines in their populations. In one example, the use of specific pesticides on crops leads to bee deaths during pollination season (Grayson, 2015). Furthermore, there are a very large variety of illnesses that cause the deaths of bees (Fünfhaus, 2018), and, as such, the decline of bee populations is significant and slowly leading to catastrophe.

Much like other bee varieties, long-tongued bees are also significantly affected by the effects of climate change (Grayson, 2015). Due to the sustained increased average temperatures observed over time, flower blooms are irregular and sometimes earlier within the seasonal periods, meaning that pollen-foraging becomes more competitive over time between bees. The lack of pollen to create honey later on leads to lack of food source for the bees, leading to starvation. 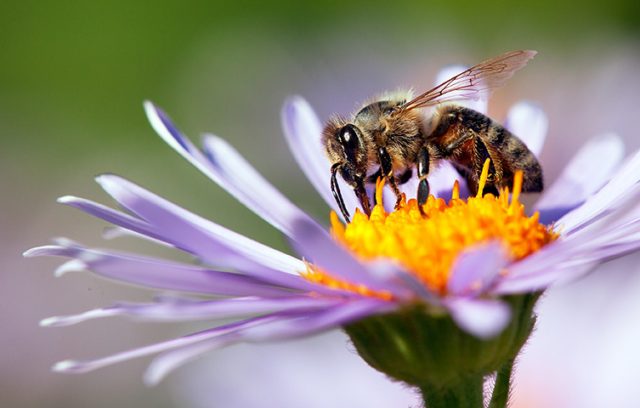 While it may seem that bees and humans do not have a direct link, it should be noted that, without bees, agriculture would not be sustainable, due to the lack of pollination and biodiversity. It has been estimated by Agrifutures Australia that approximately one-third of Australian food sources are dependent on honey bee pollination. As such, a lack of bees would lead to significant damage to the environment and would ultimately lead to significant reductions in the food supply. So, it is therefore very important to maintain bee populations.

previous
How Is Honey Made by bees?
next
Medicinal Honey: Introduction